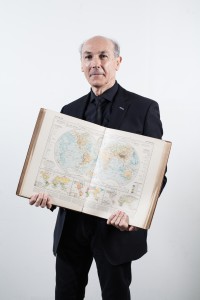 The University of Salerno: Internet governance in political science: A benign neglect? October 12, 2017.

He taught in several master programs in France, Switzerland, Japan, and Lebanon at master and PHD levels.

He designed three bachelor programs and six Master programs (lately, on international organization; on the the Middle East and the Mediterranean regions).

His current work addresses some issues that are neglected by the scholarly literature, like the management of IOs and world reordering. To assess the causes of the former he focuses on the drivers of adaptive behavior. To identify the explanatory variables that are shaping the world, he compares the various organizational and constitutional designs that may be more or less conducive to a more institutionalized planet in the long run.

In international Studies and Organization Theory his research interests go, firstly, to intergovernmental organizations’ autonomization, enlargement and cooperation. Explaining such processes is also addressing IOs’ history, the role played by experts, political leaders, and representatives in the decision-making process; management, accountability, and political communication; organizational culture, innovation and learning; inside and outside coalitions; norm creation and norm enactment. Secondly, the prospects for world reordering are assessed. To identify the explanatory variables that are reshaping the world, he compares the various organizational, procedural, and constitutional designs that may bring about a more institutionalized planet in the long run and the role emerging powers play to rejuvenate established negotiation rules.

In Comparative Politics and Political Behavior, the focus is on comparison by differences across cultures in the long run, with a special interest for Asia, and the Middle East on the one hand, Europe and North America on the other hand. Political judgement and democratic deliberation are studied with the help of original cross-national surveys and experimentation. Institutional innovation and political trajectories are traced back to ancient times, from the Ancient Orient to the Far East.

Presentation: First conceived as a research group of the PACTE-CNRS laboratory of Grenoble, the IOs network connects French local Researchers to their peers abroad, mainly in the Netherlands (Bob Reinalda in Nimegen), Swizerland (Jean-Christophe Graz in Lausanne), Germany (Rafael Biermann in Jena), Italy (Fulvio Attinà and Stefania Panobianco in Catania, Francesco Amoretti and Mauro Santaniello in Salerno), and Canada (Louis Belanger in Quebec), Brazil, Dawisson Belèm Lopes in Belo Horizonte). It is sponsored by the Rhone-Alpes Region (Explora, Cible) and the European Union (Erasmus). Most of theses scholars are concerned with issues of management of IOs, cooperation between organizations or among their members, and their adaptation to environmental change.

The Politics and Cognition Network (COGNI)

Presentation. COGNI is a research group of the PACTE-CNRS lab in Grenoble, in which some 24 scholars worked in recent years, with an average of 6 contributors to current research. It is funded by the Ministry of Higher Education (through an ANR type contract) and the Rhone-Alpes Region (3 Cible programs). It focuses on cognition and choice, political reasoning and emotions, addressed with empirical data collected through repeated medium and large surveys (up to 1213) in two countries (France and Switzerland). Its findings are discussed by peers from several countries (among whom George Marcus, Hanspeter Kriesi, Pascal Sciarini, Robert Luskin, Henry Milner, Yoshiaki Kobayashi, etc.)

Keio/Grenoble joint seminar in Comparative Politics about « The quality of democracy in Western and non-Western countries », 2014-2015.